“We have a real power right now to change the world we live in and leave it better for the generations to come, but we must come at it from a place of love. We have to be brave enough to be the light.”

In the fourth and final installment of our podcast series titled “What Do Trial Lawyers Do?” TLC graduate and faculty member Jacqui Ford offers a striking reminder of what it truly means to be a trial lawyer. A passionate advocate for the accused in Oklahoma City, Jacqui discusses the meaningful differences that she and her colleagues can make on their clients, the courtroom, and the community, tying her remarkable personal testimony together with the values of truth, authenticity, and self-reflection that lie at the core of the TLC methods. 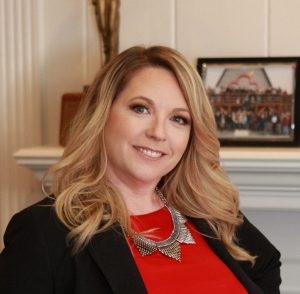 She spent two years, as a law student, working for the University of Oklahoma Legal Clinic and began her career defending people accused of crimes. She was privileged to receive the Kelly Beardslee Criminal Defense Award for excellence in defending those persons pro bono. After passing the bar in 2006 she became an Oklahoma County Public Defender where she represented over 3000 people charged with felony crimes. She served the indigent accused for over 5 years, during which time her peers honored her with the Clarence Darrow Award for excellence in trial advocacy. With continued support and encouragement from the legal community, Ms. Ford opened her own law firm in 2011.

In addition to her excellent record as a trial lawyer and advocate for her clients, Jacquelyn is a leader and a teacher in the legal community. She teaches seminars and continuing legal education for the Oklahoma Bar Association and the Oklahoma Criminal Defense Lawyers Association. In 2013, she graduated from the esteemed Trial Lawyers College, an extremely unique community of trial lawyers in the United States. Ms. Ford regularly attends and hosts training sessions dedicated to the successful defense of those accused of crimes.