2019 TLC2 Grad, Jeremy D’Amico Shares his Challenging Case in Connecticut that Lead to a Family Given Justice 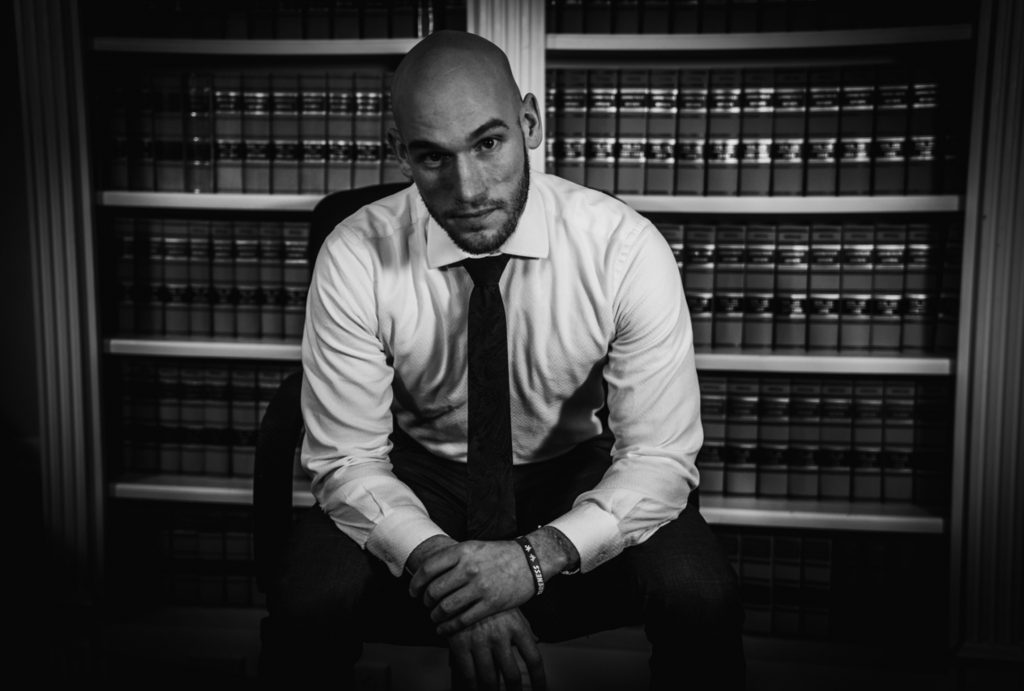 I hope this finds you well. I want to share with you all some details about the journey of my recent $23,050,000 jury verdict out of Connecticut, one of the largest personal injury verdicts in Connecticut’s history.

In June of 2015, Gabe, a child with autism, was riding on the school bus home. It was a sunny summer day, the sky dotted with clouds, and the air, crisp. The bus pulled out from the school and two cars followed an off-duty paramedic with his daughter, and a mom picking up her two children. The bus turned onto a road that was flat and narrow with a few feet of grass extending to both sides. Like most roads in Connecticut, large oak trees live feet from the edge of the road, almost touching the pavement. About a mile from the school, the road bears slightly to the left, but for some reason, the school bus doesn’t follow it. Instead, the bus drives off the road and smashes into a tree. The right side of the bus and roof caved in on Gabe’s head. He bled from the mouth and head, throwing up. The paramedic behind the bus rushes onto the bus and immediately takes off his shirt wrapping it around Gabe’s head to staunch the bleeding.

The bus driver claimed to the police and at trial that a green car swerved into his lane forcing him off the road. Witnesses from behind did not see a car. A witness statement taken the month before trial by the insurance company of special needs students on the bus stated he saw a green car.

The bus driver also told police and testified that he slowed from 35 mph to 30 mph when he saw the car. The police found that the green car was at fault. At the time, the police did not download the data from the airbag control module on the bus. We did. The data from the airbag control module showed the bus traveling at 45 mph at the time of the crash. The speed limit on the road was 35 mph. We retained bus safety experts and crash reconstructionists who testified about the importance of defensive driving and how speed played a role in the crash.

Gabe was rushed to the closest hospital by ambulance. Scans revealed multiple skull fractures and bleeding into the skull creating pressure on the brain and pushing it to the other side of his head. The pressure could’ve killed him. The hospital immediately transferred Gabe by helicopter to the nearest trauma hospital for an emergency craniotomy. Before he left, he is chemically-paralyzed. The staff tells the parents, they should say goodbye because they might not get that chance again.

Brain scanning at the trauma hospital showed blood building and pressure increasing. It then showed bleeding within the brain tissue. The craniotomy was performed successfully and Gabe spent another 5 days in the hospital before going home.

When he returned home, Gabe was a different person. He became impulsively aggressive and unpredictable. He lost motivation. His sense of smell changed. He lost interest in many of the things he used to enjoy. And he dissociated from the people he used to enjoy spending time with. With the exception of his behavior, most of these changes were never noted in any treating or school records. He became aggressive with his aides– punching, and kicking them, and throwing things at them and others. It became so unbearable that the aide that worked with him the longest and knew Gabe since kindergarten, quit. His other aide testified that it became a nightmare to work with Gabe after the crash, and he was about to quit before the school made a decision to take him out of school for all but one hour a day. By the beginning of the next school year, the decision was made to transfer Gabe to a special behavioral school because of the supervision he now requires after the crash. Gabe remains at the special behavioral school today.

An MRI taken four years after the crash revealed multiple areas of dead brain tissue in the temporal and frontal lobes, as well as evidence of diffuse axonal shearing. We brought a claim against the private bus company and an uninsured motorist claim against the green car.

At trial, the defense for both parties argued that the changes in Gabe were a result of his autism and his going through puberty. They pointed out that before the crash, Gabe had bouts of aggression and impulse dyscontrol were he threw things and hit people, particularly in the few years leading up to the crash. And in the six months before the crash, he had to be physically restrained 12 times because of his aggression.

The defense experts, a neuropsychologist, a brain-mapping neurology expert, and a life-care planner testified that Gabe’s behaviors after the crash were typical of Gabe’s presentation of autism when combined with the hormonal changes associated with puberty. They argued that because the changes testified to by the parents and aides were not noted in the medical or school records, that they were either made up or were not significantly different enough from Gabe’s typical presentation with Autism.

We retained two experts specializing in Autism, one of whom literally wrote the encyclopedia on children with Autism. Both testified that puberty can cause behavioral dyscontrol in children with autism, but not to the degree and extent that was shown in Gabe. They also testified that Gabe’s unresponsiveness to previously successful behavioral interventions was also not associated with puberty, but must be related to something else. We also retained a neuropsychologist, a neurosurgeon, a neuroradiologist, a life-care planner, and Gabe’s treating pediatric neurologist testified on behalf of Gabe as well.

Challenging aspects of this case

The most challenging aspect of this case was trying to see things from Gabe’s perspective. He had extremely limited use of language and was not able to communicate verbally what was going on in his head. You can’t ask him what’s wrong. He can’t tell you. It was instrumental to spend many nights and weekends with him and his family. To live in his world. Just trying to walk a mile in his shoes. Once I felt that I grasped his life, I was able to more effectively select jurors, to craft questions of witnesses, and to communicate his changed life and connect with the jurors in closing.

I worked on this case at the September 2019 college. I learned a lot of trial skills at the college. Different tools to use in opening, direct, cross, closing, and voir dire. Things I implemented in this trial. I met many successful lawyers who I spoke to this case about, who I tried out different techniques and theories with, who helped me learn and understand my danger points of the case. All of that was invaluable. The most important message I distilled down was that lawyers think of “cases.” But these aren’t cases. These are lives. This was not Gabe’s “case.” This was and is Gabe’s life.

The methods I learned at TLC allowed me to connect with the story and deliver the message at trial in a deeply meaningful way. In the end, the jury found the bus driver 74% at fault and the green car 26% at fault. The jury rendered a verdict of $23,050,000. $20,000,000 of which was non-economic.

All the TLC love,
Jeremy

Learn the methods Jeremy and all other TLC grads and students have learned by attending a seminar or applying to the 3-Week College.

Register for a seminar: http://bit.ly/TLCreg2020

Apply to the 3-Week College