TLC Podcast Episode 40: Faculty Member Betsy Greene on How Far the TLC Method Can Be Taken

Episode 40: Faculty Member Betsy Greene on How Far the TLC Method Can Be Taken

“Initially, I wanted to be a Criminal Defense Lawyer but then when I was a prosecutor, I had a lot of ability to help people. I really enjoy helping people. One of the greatest things about being a lawyer is that you have some power that most people don’t think they have. So, it’s a privilege to give voice to that.” – Betsy Greene (TLC’05)

PI Lawyer, Betsy Greene from Bloomington, Indiana is with us today. She has been a lawyer for over 35 years and graduated from TLC in 2005. She joined the faculty in 2010 and has since taught the TLC method at regionals, seminars, and TLC’s colleges. Betsy, among many other great TLC Faculty, will be teaching at the Washington Closing Argument Regional later this month, October 25-28. 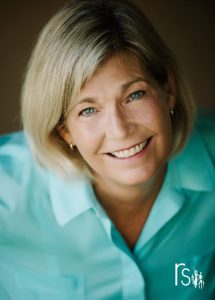 Betsy Greene attended her first TLC regional in 2004 which inspired her to apply for the 3-Week TLC-1 College Course in which she graduated from in 2005. Betsy became a TLC Faculty Member in 2010 and has thus taught TLC methods and tools for 8 years. She is recognized as a top 10 lawyer in Indiana in the Super Lawyer’s Magazine for 2017-2018. Betsy has been practicing law for 38 years specializing in personal injury and wrongful death. Betsy will be on the faculty team for July TLC-1 & September TLC-2 College this year, and will also be at the Closing Argument Regional Seminar in Washington in October.