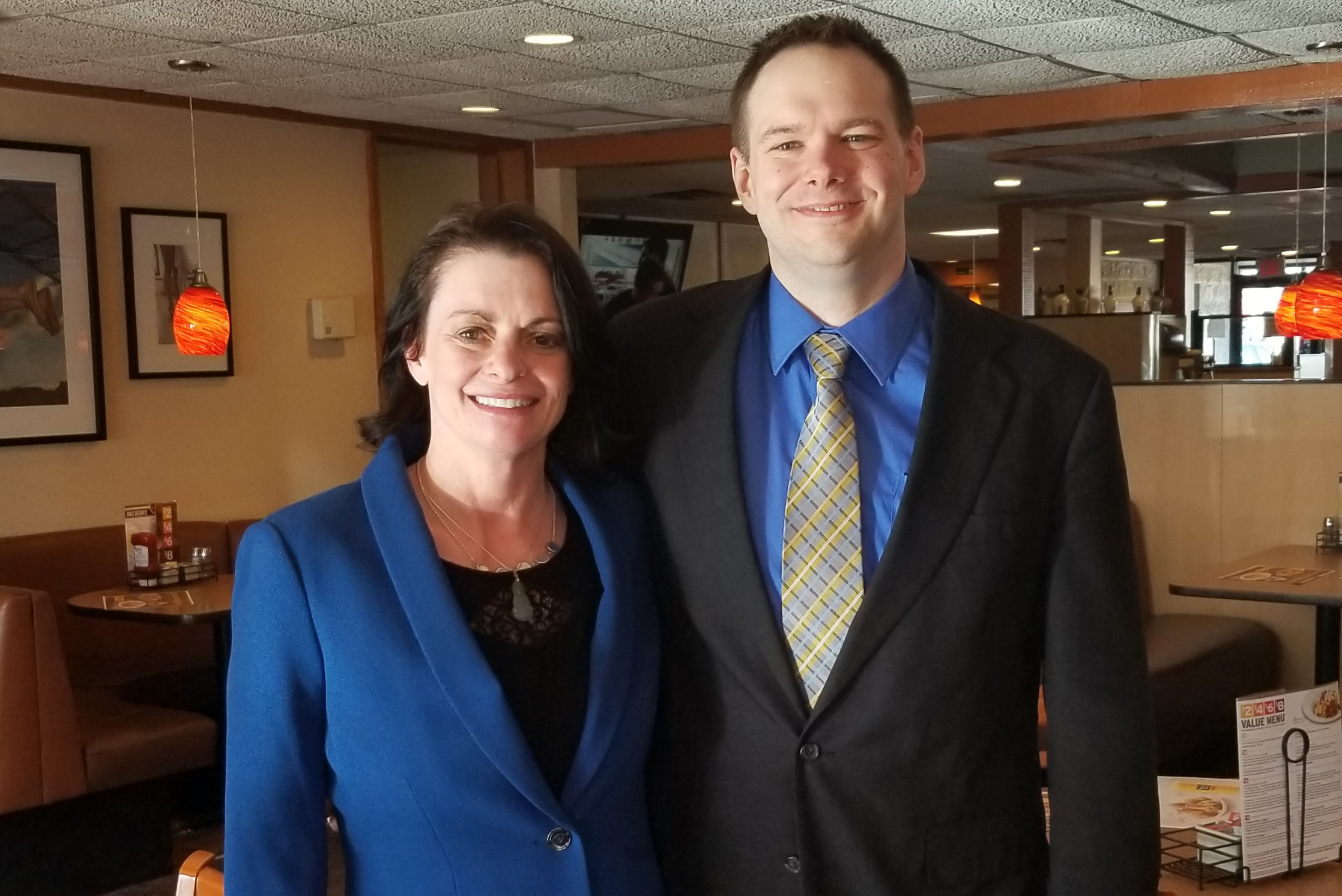 Cheryl Carpenter was Dennis Whittie’s trial skills adjunct professor at Western Michigan University Thomas M. Cooley School of Law where she quickly became Dennis’ long-standing mentor to law and specifically, the Trial Lawyers College methods. “Cheryl gave me my lowest grade in the class for my cross-examination because I came up very hard on the witness. I said it was the best grade I ever got in law school because it was Cheryl’s way of introducing me to the TLC methods. After that, she offered me an opportunity to work on a felony case with her, and then during that, she got retained in a murder case that went worldwide.”

Cheryl Carpenter graduated from the Trial Lawyers College in 2000 and joined the faculty shortly after. She commits herself to mentoring students and defending clients charged with serious criminal offenses. Cheryl focuses on dedicating her time to truly know her clients and their cases. She continues to feel inspired by her role at the Trial Lawyers College. “It is such an amazing link to people who have the same desires and motivations. It has kept me personally and professionally motivated to get through the times where you think it’s going to crash your soul being a trial lawyer. My practice has gotten a lot better because of the Trial Lawyers College. By working with students and teaching, I’ve stayed motivated and continue to feel young and inspired.”

Dennis Whittie is the founder of The Whittie Law Center in Royal Oak, Michigan. Dennis is a former police officer which allows him to easily investigate cases from the beginning to discover the facts and issues presented in his cases. He interned at his first TLC Regional Seminar on Closing Argument in October 2014 when he was studying for the bar exam, “I went to Leavenworth for the Closing Argument Seminar and it was mind-blowing. I really enjoyed it and I’ve been active with TLC ever since; regionals mainly, and I’ve also participated in TLC’s week-long Criminal Defense Seminar.”

Dennis took on his first criminal case and asked Cheryl to come in and help on case preparation two weeks prior to trial. They worked hand-in-hand on discovering the story of Dennis’ client who had been charged with three counts of misdemeanor charges. What was especially difficult with this particular case was that his client wanted to continue his long-standing military service. Initially, he needed to be acquitted of all charges to retain his role in the Marines and Dennis took this as a challenge to overcome by using the TLC methods he had learned from attending regionals and having Cheryl as a mentor. “With Cheryl coming in, we had two sessions with the client and his mother, but that doesn’t include our phone call conversations two days before, the night before, and the morning of. My preparation with Cheryl was instrumental in this entire process, thank God she was there.”

As Dennis began his two-day trial, he used TLC methods throughout the duration. His success started with voir dire and his connections with the jurors. Cheryl remembers, “Watching Dennis do his first jury selection was phenomenal. I was so proud of him. He was genuine and open and really listened and cared about the jurors and most importantly, didn’t have an agenda and the jurors felt it. I’ve watched attorneys during their voir dire who have practiced for 20 years and they can’t do jury selection like Dennis did in this courtroom.”

They continued to see his positive progression through Dennis’ opening statement having jurors remember his ‘story of control’. “This is a misdemeanor case and we had six jurors. Three or four of them stayed for an hour after trial to talk to me. They were so invested and connected with the defense. It was real.” Cheryl said. But the most powerful part of trial through both Cheryl & Dennis’ views, was his closing argument. “The closing felt the best. Of the entire trial, it was probably my favorite part; putting it all together.”

Acquittal on Two of Three Charges

Although Dennis’ client was convicted of the domestic violence charge, his main goal was to get him back into the military full time. “Following trial, my client also faced a military trial because of this issue, and basically, many veterans said, ‘Look, with the domestic violence, he’s going to be discharged from the military dishonorably and there’s not a whole lot you can do.’ But I will say from this trial and piggybacking onto the preceding with the military really helped because the trial facts that we brought out helped his military case even though the rules are a lot different. It’s unheard of, but the panel delivered the verdict and they decided to keep him in the service. He was so happy.”

Cheryl’s final statement.“Dennis really knew his story. He was so prepared – not in a way that everything was written down or he took a lot of notes. He took the time to really get to know his client, his situation, and the family. He knew how to analyze the police report so well that it was retained in his head, he never had to refer back to it. And I think that’s why his voir dire and closing argument were so good. He wasn’t relying on notes for either of those, he was relying on his prep, and only if you prep as much as Dennis does and get to know the client, can you have the freedom in trial to be spontaneous and genuine. That’s what impressed me the most.”