“It’s not going to be a straight line from here to a better world, but what other choice do we have?”

This unconventional episode of the TLC podcast features Bernie Cantorna, a Centre County, Pennsylvania District Attorney who served on the TLC faculty from 1997 to 2016. As he catches up with host Rafe Foreman, Bernie explains why he chose to become a DA and offers his unique insight into the inner world of a prosecutor from someone who’s been in both shoes.

As a former general practitioner representing both civil plaintiffs and criminal defendants in a range of emotionally moving cases, Bernie saw a problem that needed to be fixed. Like a true TLC warrior, Bernie cleaned up a corrupt DA’s office by taking on the role himself, proving that it’s never too late to do the right thing. His testimony serves as a powerful reminder of the ability of the TLC methods to transcend occupation and make a lasting impact from all angles of the criminal justice system. 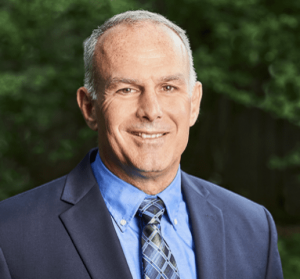 Bernie Cantorna was sworn in as Centre County District Attorney on January 2, 2018. Mr. Cantorna graduated from St. Mary’s College with a degree in business management and was a certified public accountant prior to attending law school. He graduated with honors from the University of Wisconsin Law School in 1990. Mr. Cantorna began his career as an Assistant Public Defender in rural Wisconsin. He also worked as a clinical professor at the University of Wisconsin Law School.

In 1998, Mr. Cantorna moved to State College with his wife and two young daughters. He spent 20 years in private practice as a trial lawyer, emphasizing criminal defense and civil plaintiff litigation.