“Fighting is an end in itself if the cause is right, so you’ve got to keep fighting. Even if you aren’t having success at times, you’ve got to stick with it.”

In this third installment of our series titled ‘What Do Trial Lawyers Do?’, host Rafe Foreman explores the ins and outs of practicing civil rights law with Albuquerque, NM attorney Zackeree Kelin. Beginning with a deep dive into Zack’s experience contributing to the formation of the New Mexico Civil Rights Commission following the growth of the Black Lives Matter movement in 2020, this riveting discussion could not be more timely.

Later on in the podcast, listeners are introduced to the practice of American Indian Law through Zackeree’s personal experience representing clients before the Navajo Nation Tribal Courts. A fervent advocate for the constitutional rights and basic human dignity of vulnerable populations, Zack is a TLC warrior through and through. 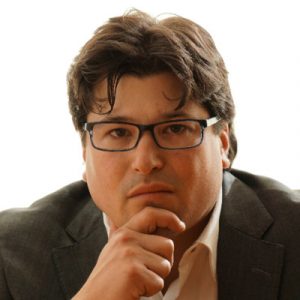 Zackeree S. Kelin is a dynamic civil rights, Indian law, and personal injury attorney who has helped hundreds of clients and families challenge wrongdoing. Now a founding partner in the Davis Kelin Law Firm, he is a former managing attorney for DNA-Peoples Legal Services, Inc. (“DNA”), the oldest and largest poverty law program in Indian Country. His work at DNA focused on representing indigent clients, tribes, and non-profits before tribal, state, and federal courts and various administrative and legislative bodies in the areas of poverty law, Indian law, sacred sites protection, and environmental law.

While in law school at the University of Iowa, Zackeree clerked for the Native American Rights Fund and the Winnebago Tribe of Nebraska. He is a graduate of the Trial Lawyers College, a member of the New Mexico Trial Lawyers Association, the American Association for Justice Leader’s Forum, and serves as a member of the National Council of the Smithsonian National Museum of the American Indian and the Board of Directors for Native American Disability Law Center and has done various projects for his tribe, the Caddo Nation of Oklahoma.

In recognition of his work, Zackeree received the National Center for American Indian Economic Development’s “Native American 40 under 40,” an award given to emerging and existing Native American leaders, and was recently recognized by Super Lawyers as a Rising Star in the Southwest.