TLC Podcast Episode 79: Max Mitchell on His Role as a Public Defender & Flaws in the Criminal Justice System

In this riveting interview, TLC alum and faculty member Max Mitchell draws upon his extensive experience representing Missouri’s most vulnerable criminal defendants to passionately and earnestly identify the good, the bad, and the ugly in the criminal justice system.

As a district public defender in Sedalia, Missouri, Max represents individuals with charges ranging from DWI to first-degree murder. This role has given him an inside look at the destructive effects that limited funding, insufficient resources, and unjust sentencing practices can have on the lives of individuals facing criminal charges in Missouri.

The interview begins with a brief discussion on Gideon v. Wainwright, the landmark U.S. Supreme Court case which upheld a defendant’s right to effective counsel at every stage of litigation. Max explains that this ruling is not always applied as intended, leading to less-than-ideal outcomes for criminal defendants, who may or may not be guilty.

To illustrate this assertion, Max cites instances of overburdened public defenders with dozens of active cases under their belts, police failing to inform defendants of their rights to a lawyer during the interrogation stage, and courts failing to prioritize the distribution of public defender resources to those with the most dire financial needs. He also shines a light on other, more overarching flaws in the criminal justice system, including the practice of keeping innocent people in jail when they can’t pay bond, biases from judges and prosecutors, and prosecution being based on the defendant’s history rather than the crime itself.

It is our hope that introducing these issues to our listeners will inspire them to begin thinking about how they can solve them. For more information on how you can gain the skills to make lasting change in the system, we invite you to browse our selection of TLC courses here. 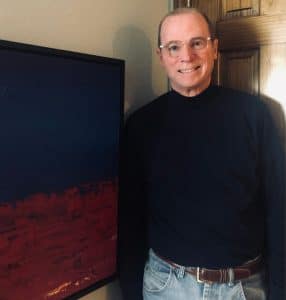 A native of Missouri, Max Mitchell was initially drawn to the legal profession by the desire to help those in need. After completing his education at the University of Missouri-Kansas City School of Law, he began his role on the Missouri Bar’s Board of Governors (2001 – Present), where it became increasingly evident that the poor people of Missouri suffered the most in the present judicial system.

Feeling the need to be more proactive in giving back to this community through his work, Max began taking on more pro bono cases and accepting Panel Attorney cases on contract from the Missouri State Public Defender system. “I am excited about working alongside these dedicated and powerful people who truly care about defending those among us who are so entitled to justice but who cannot afford to pay a lawyer to fight for them.”