TLC Podcast Episode 58: TLC Psychodramatist Don Clarkson on Letting Yourself Out of Jail

“Many of us are loved all the time, by many people. But if we don’t get it the way we want it, the exact way we want…we don’t feel loved. There is a piece of us that tends to not acknowledge the love around us.”

TLC Podcast host Rafe Foreman interviews TLC psychodramatist Don Clarkson. Don Clarkson is a professor, psychodramatist and philosopher who has been with the Trial Lawyers College from its very creation. In this episode, Don talks about depression, his life and his hopes as he shares intimate solutions that may just be the answer you seek. He shares his perspective on how a crisis like COVID-19 can be an opportunity for self-reflection. “I think pain is our greatest teacher. I think it is the growth producer in our life,” Don says.

Give a listen, you will not be disappointed. 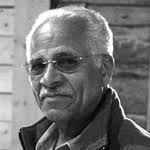 Don Clarkson received his M.S.W. from Howard University. He began training in psychodrama at St. Elizabeths Hospital in Washington, D.C. in 1961, and also attended the Moreno Institute where he trained with Dr. J. L. and Zerka T. Moreno. He is certified as a Trainer-Educator-Practitioner by the American Board of Examiners in Psychodrama, Sociometry, and Group Psychotherapy and was a member of the original Board of Examiners. After his psychodrama training, Don joined the psychodrama staff of St. Elizabeths and later the Washington Psychiatric Institute. He then joined the faculty of Howard University as well as the staff of the Student Counseling Center.