“Do something to make someone else’s day better. If we all do that, every day, we’ll change the world.”

This week, Washington attorney Mark Wagner continues our ‘Restructuring Success’ series with a refreshing take on the true meaning of success. Channeling the core message of the Trial Lawyers College, Mark argues that success is all in how we treat others. Through engaging storytelling and a matter-of-fact method of expression, Mark reminds listeners of the humanity in all of us and that we are more alike than we are different. 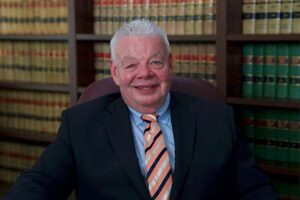 Mark Wagner is a husband, a father, a grandfather, a friend, a trial lawyer, and a native son of the Puget Sound area. His father was a Psychologist for the United States Army and his mother was a Social Worker for the Red Cross. By 1962, his father was offered a teaching position in Psychology at the University of Washington so they packed up and moved to Seattle, Washington. His father had a sabbatical from the University of Washington in which he taught students in foreign countries. Mark had the opportunity to live a year in Kuala Lumpur, Malaysia in 1967 and London, England in 1973 – gaining some valuable experience in humanity and diversity. He made it back to Seattle to graduate from Shorecrest High School in 1975.

Today, Mark is a lawyer in Tacoma, Washington specializing in Workers’ Compensation and Personal Injury Law. He has a Juris Doctorate from the University of Puget Sound (1984) and after passing the Bar Exam on his first try, was admitted to practice in November of 1984. He also graduated from the Trial Lawyers College and has a B.A. in History from the University of Washington.