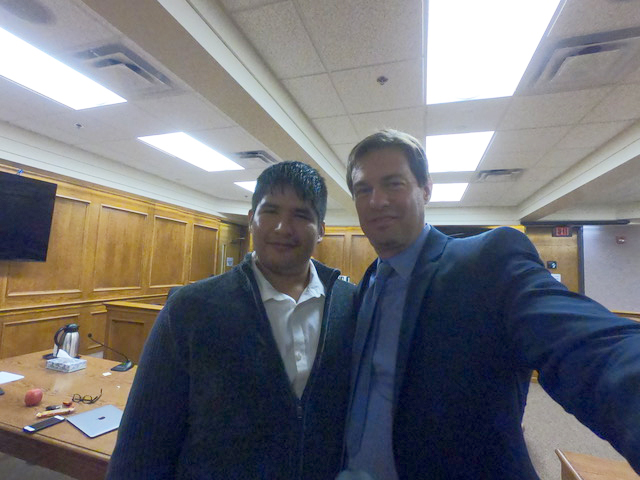 “When we believe our client is honest, we’re looking for a reason why the complaining witness would necessarily lie, misrepresent the truth, or just be wrong. Basically, we came up with a variety of possible reasons, but we couldn’t nail anything down at the beginning of discovery. Although, we did discover an interesting conversation between my client and the woman receiving the massage. My client had told the woman that he had a $3 million policy protecting him in case he did harm or touch somebody inappropriately. The next massage my client gave this woman was when the accusation of penetration came out, which was very significant.” – Jason Savela, 2010 TLC Graduate

Jason Savela is a Criminal Defense Lawyer in Colorado and is the founder of his firm Savela Law Firm. Since he attended the Trial Lawyers College 3-Week program in 2010, he has gradually learned to implement the TLC methods in every part of his trial from voir dire and opening statement, to direct and cross-examination, and into his closing argument. Jason has continued his training with TLC by attending grad courses, psychodrama programs, and regional seminars almost every year since he graduated. “I would have had a much better three-week college if I would have allowed psychodrama to be the foundation, and trust the process a bit more. I saw people embracing it and I was jealous, and for whatever reason, I just didn’t feel like I could do it. And that’s a regret.” 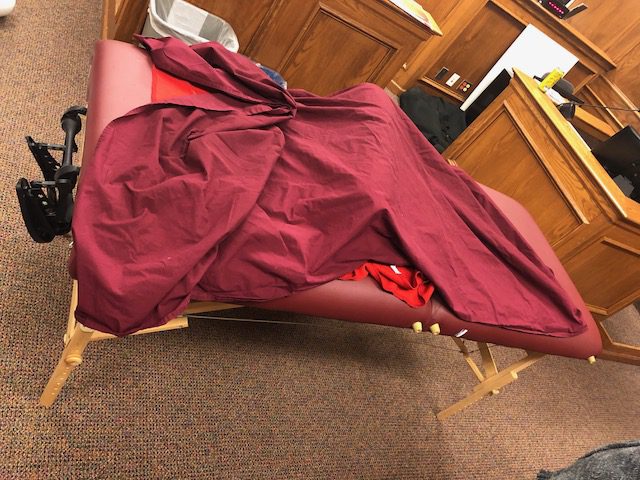 Jason worked extensively with his client on this case. He planned sessions with a psychodramatist and recreated the event during a Discovering the Story session at Grad II with Colby Volkey, including plaintiff’s attorneys that have sued on behalf of sexual assault victims – the varied perspectives were of great value. During trial, Jason treated the accuser respectfully while developing the evidence to show that she may have experienced unintentional psychological suggestion to think something more happened when it didn’t. Jason also used methods during the cross-examination of the opposing witnesses to show what suggestion is and how it developed the complaint in this case.

“Just because you are suing, that does not mean you are lying – many sue because they have been harmed. But, a multimillion-dollar lawsuit is a motivation. We need more than a motivation. During a recreation, my client brought up this idea of something called pain referral, we started to consider whether this might have been what happened.” Pain referral happens when a person is touched in one area, but the sensation of touch or pain is felt in a different spot, often where the muscle connects to a bone. It’s a network of interconnecting sensory nerves that are also attached to the tissues. When someone has an injury in one place, the brain creates the feeling that the pain is located somewhere else in the body, and in this case, the muscle at the other end of the bone. “This is not uncommon, so I brought in a physical therapist to explain how pain referral works and they also commented on a number of other things.”

During Jason’s Voir Dire, he created a safe environment for the jurors to feel comfortable in answering his questions. He encouraged the jurors to ‘tell him more’ and overall respected their opinions. While Jason went through his opening statement, he made sure he told a story. “You have to tell a story of innocence. It’s my belief, and this comes from my training at TLC, and the training I’ve had working as a public defender, that the DA tells a terrible story about how guilty your client is. And it’s my belief that your sole goal in opening is to honestly tell a story of innocence from the moment you stand up. Hopefully, the jury goes back to neutral, where they’re thinking, ‘There’s something to watch in this case, I don’t know what happened, but we need to keep going.'”

Jason used several other TLC methods during the direct examination of his client, as well as other witnesses to relay to the jury that his client did not do what the woman had accused him of. Jason brought tangible objects into trial so his client could show the jury exactly what happened. “I believe my client was seen as credible to the jurors because I trusted him and he trusted me from all the time we spent together and the interactions we had prior to trial.” Another important detail Jason discovered, was that the accuser had been sexually assaulted in her past.

Despite the evidence supporting the past sexual assault and that the prosecution expert would testify to evidence of trauma related to sexual assault, the Court ruled that Rape Shield prevents the defense from introducing evidence that the claimed trauma could be related to the prior assaults. A change in judge between pre-trial motions and trial seemed to help. The trial judge allowed Jason to cross the prosecution expert on trauma, specifically on her source material. The expert read the following quote to the jury: ‘When something reminds traumatized people of the past, their right brain reacts as if the traumatic event were happening in the present. But because their left brain is not working very well, they may not be aware that they are re-experiencing and re-enacting the past – they are just furious, terrified, enraged, ashamed or frozen. After the emotional storm passes, they may look for something or somebody to blame for it.’ The Body Keeps the Score: Brain, Mind, and Body In the Healing of Trauma, Bessel Van Der Kolk, M.D. P.45 (2014)

During Jason’s questioning of the woman’s husband, a statement was presented that benefitted his client immensely. Jason allowed the husband to feel comfortable with him. He didn’t attack him and was never angry with him. Jason created a safe space for him to speak the truth, and in the end, the husband’s statement was important to victory. The issue was why he told the Detective something a little different from what he said to the Massage Envy manager. “What he said was that he was so angry that he embellished what his wife had told him and said that there was vaginal penetration. This embellishment was heard by his wife and suggested she should say it too. I had to think that was probably the end of the case for the prosecution. When the husband left the stand, there was a huge shift in the way the jury was looking at the case.”

“We, as trial attorneys, are working on saving the innocent from this machine that is running us over. And these people, these jurors were very happy to protect him from the government. It wasn’t every juror, but it was enough of them to make an impression on me and make an impression on my client, that they believed he was innocent as opposed to not guilty. I don’t know that I will ever trust the government, but at least my client could trust society. At least he trusts the people.”