John Shepardson, an attorney in Los Gatos, California, was asked to take a case in Stockton, CA, which is 1.5 hours south of his home, against the California Department of Transportation (‘Caltrans’), the state’s second-largest government agency. In an investigation following John’s client’s initial report in 2009, it was determined that about 34 Caltrans and other state agency employees had been using state computers for two to three years to create a secret, social porn-exchange ring. John describes this case as one of his most difficult cases. “My client seemed credible, reporting porn on state computers and then getting retaliated against by Caltrans workers was fundamentally wrong. Early on, in preparation for a hearing before the State Personnel Board, I talked to a number of lay witnesses, and their stories substantiated what my client was saying, so we proceeded with the case.”

John’s client, Rachel, went through various forms of harassment at work, not the least of which was spouses of employees retaliating against her. She filed a number of administrative complaints as required to protect her rights under both state and federal law. After enduring abuse at work for a number of years, she couldn’t take the bullying anymore and was forced to quit, years before her intended retirement date.

Caltrans is a state bureaucracy with approximately 20,000 employees and 148 people in its legal division. In this particular case, the defense constantly used two attorneys in depositions, hearings and in trial. John remembers, “The defense attorneys were sometimes at cross purposes in the courtroom. While the defense attorneys were able to consult with other attorneys back in their headquarters, I was doing this alone but was saved by my TLC skills and network, including other TLCers who volunteered to help me, so I was prepared to put things together in the courtroom. The way tribe members have described their level of preparation inspired my own.” John gives a big shout out to TLCer Mark Vernadi and his firm for extensive consulting work that resulted in key changes in the pleadings and expert testimony.

John put a substantial amount of time and energy into this case — well over 2,000 hours in case preparation; including work with Rachel, sifting through mountains of evidence, and driving to and from Stockton. He believes a big part of the favorable result was the fact that he took the time with his client to thoroughly work up the case. “One of the big things I am doing that I took away from the Trial Lawyers College, is to take fewer cases. There are so many things that come up – deadlines, scheduling, motions, orders, and since I had fewer cases, I was able to personally attend all the depositions, motions, hearings and was there every day of the trial.”

John worked with TLC faculty member Leigh Johnson and her local working group on role-playing as the judge. He felt his preparation was at another level. “Well over a year before the trial, I had case and human being insight that was unknown to the defense or judge. The preparation gave me this perspective at times during trial of hovering over the courtroom and seeing things from various points of view. I had a strong sense of how the other side was going to act, and it created great power for our side.”

The TLC Methods in Trial

After several years of preparation and a 32-day trial, John & his team fought state government corruption and won justice for his client, at $605,000.00.“This was a wild ride. I would add that my legal assistant, Marti Castillo, was a big help. Key lay witnesses stepped up. Rachel was calm, collected and credible. Her husband was there each step of the way. I probably stayed overnight at their home close to 50-days over the course of the case, and that really helped me to understand and know her. When we were in the courtroom, we were on the same page. I’m deeply grateful and appreciative to the TLC, and others lawyers, who helped out, and offered ideas and suggestions. It could have quite easily gone the other way, and I attribute that in a big way to TLC training and it’s staff and alumni.” 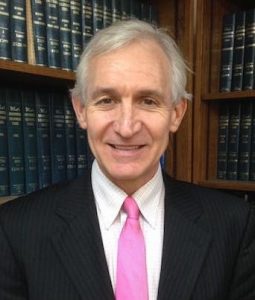 John Shepardson is an attorney at his law office in Los Gatos, California, Shepardson Law. He has been practicing law for over 30 years and specializes in Civil Litigation, Insurance Bad Faith, Personal Injury, Accident, and Business & Real Estate. He graduated from Santa Clara University Law School in 1985 and attended his first TLC Regional in 2010. He then decided to attend TLC’s 3-Week College in 2011 and has thus since been a long-standing attendee of his California Local Working Group. He works with TLC Faculty and others in his case preparation to better understand his clients and the case to discover the real story. Attorney Shepardson was Chairman of the annual SCCTLA Belli Seminar, which brings in speakers on cutting-edge topics and cases in the law, and was formally on the SCCTLA Board of Directors.