TLC alumna Ginger Ortiz (TLC Sept 2011) takes us through a deep exercise on getting in touch with our humanness. Through her own experience, she carefully guides us to help find the source in ourselves, our clients, and those we serve. She cheerfully reminds us that we must be vigilant in working on the mission statement to be inclusive worldwide.

“As we all learn together, and as we all grow together, it’s really individual growth that is the most transformative,” Ginger says. Using her own brilliant example, we learn about shaking up the “snow globe.”

According to Ginger, “Once we start working, once we begin, things start to happen.” Exploring what is in your “snow globe” is often difficult, but Ginger does not shy away from hard work. She has made it her life’s work to help those who have suffered injustice. She has a huge capacity for holding people’s stories, and for making space to be a receptacle for others. Ginger challenges us to answer;  HOW do we punish someone whose life has been so scarred? 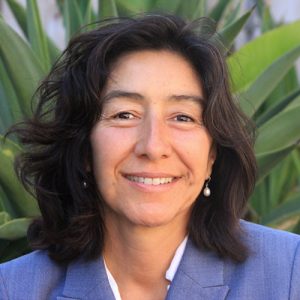 As a criminal defense attorney, Ginger Ortiz has worked toward successful resolutions in hundreds of criminal cases.

After graduating from McGeorge Law School, Ginger worked for the Santa Clara Public Defenders Office prior to moving to the San Luis Obispo Public Defenders Office. She joined the private practice Hurst & Ortiz in 2007 with attorney David Hurst before moving on to open a solo criminal defense practice in 2010 where she has since resolved hundreds of criminal cases, including a police brutality case she and a legal team fought in federal court.

Ginger attended the Trial Lawyers College in 2011. Since 2014, she has served on the TLC faculty and is the regional representative on the F Warrior Alumni Board. Since then Ginger has also founded her own TLC working groups in San Luis Obispo and attended seminars throughout California and across the country.